A well-dressed bed is the focal point of the Bedroom.

Sheets, Coverlets, Quilts, Shams, Duvets, Skirts and more. Bedding is unlimited and we have created a buying guide to complete your bedroom style. Bedding starts with layers of fine linens and textiles that not only serve a functional purpose, but are also aesthetically pleasing. Keep in mind how the linens look with the headboard, other furniture, wall color and floor covering as it is creating the combined overall Bedroom appearance. Last but not least - we all need enough sleep to restore our body and brain to wake refreshed. So, why not do it on some amazing bedding?

Sheet buying starts with the hand feel of the sheet, fiber content, color and finish. The way your sheets feel is so important because it's a personal preference - do you like smoothness of sateen or do you prefer the soft natural feel of percale cotton? Select a sheet based on the content and not so much thread count. The grade and quality of cotton is more important than how many threads are in a square inch of fabric. You want it to be soft and comfortable and yet keep you cool. Always avoid any synthetics in bed sheets.

Percale Cotton: Percale is the softest cotton with a tight weave. It has a smooth, crisp feel and is matte in finish appearance. If you like prints, cottons tend to provide more print choices.

Sateen: Sateen is a long staple cotton that is heavier in weight than percale. Sateen is extremely soft to the touch and has a slight sheen in direct light. Doesn't wrinkle as easily as Percale. Sateen sheets are nice when you prefer white sheets with bold colored borders for a refined, detailed appearance.

Linen: Linen Sheets are made of very long fiber staples and is very light weight and breathable. Linen sheets as with clothing, helps pull or wick away moisture better than any other fiber. Linen sheets tend to have a matte finish and look nice with natural Earthy dye lots like whites, ivory, tans and pale grays.

Duvet Covers are simply a decorative casing for a duvet insert. Duvet inserts are made of down or an eco-down fill and are tyically baffled to keep the feathers in place then have a white cotton casing. Duvet is a French term meaning down and we offer many styles and sizes. The duvet "envelope" will button, tie or fold at one end to keep the duvet insert inside. This is the top, exposed layer of bedding placed on top of the quilt, coverlet or matelasse - at times it can be folded down to drape across the end of the bed as a "runner" showcasing the quilt or coverlet beneath. One benefit of a duvet is you can use the same insert, then easily change the style or color of bedding by using a different duvet cover.

Comforters are much like duvets, but they are sewn together, keeping the feather or trillium insides in place. The appearance is similar to a duvet but they are all one connected piece. Comforters are typically thicker and provide more warmth than a coverlet or quilt. A bedspread is similar to a comforter but is somewhat thinner and longer, so it can cover the entire bed size as well as sleeping pillows nicely.

Quilt, Coverelet, Matelasse - These are all typically a thinner, quilted layer with decorative edges with little to no fill. They add some warmth as well as added texture to the layering of bed. Typically, some of the accent pillow shams will coordinate with either the duvet/comforter as well as the quilts or coverlet used. At times the finished layers are not all the layers you would sleep under, but the pieces that make the finished bed. The layers serve as options for adding and eliminating for warmth as needed.

Mostly found in European fine hotels and bedding ensembles, the Bed Runner makes a nice piece to add texture and color without having a ton of material. It's typically a strip of coordinating fabric that brings out other colors or elements found in the layers of bedding. In warmer climates, it's nice to have less layers of bedding because you may not get the use out of them, so a bed runner creates the appearance of a finely dressed bed without all fuss.

Throws in the bedroom are nice touch when draped at the end of the bed for added texture and style. A throw is a great way to pull in accent colors and can be a chunky knit, a patterned weave with fringe to add some flair. The options are unlimited when you want to create a plush, serene bedroom setting.

The type of pillows you use, the amount you use and the way in which you use them is a personal preference. So first let's talk about types of pillows out there that are used to create the finishing touches your bedding landscape. Euro pillows are typically decorative and are the foundation pillows when layering back to front. They can be used when sitting in bed of course, but they are shammed with coordinating fabric on the bed. Dimensions are 26"/27" square. At times, on a made bed, the sleeping pillows are stacked in place with the Euro Sham pillows are in front of them. Depending on your bed size, King or Standard Shams are stacked in front of the Euro Shams. Granted, there are many ways to style your bedding and it's all a personal preference. The pillow layering is usually from the headboard is largest to smallest while keeping the pattern and color the same or add in a variety to coordinate with the bedding.
The next pillow layering would be finishing or accent pillows like a boudoir pillow, small shammed accent or a neckroll. Again these can be in a variety of sizes while coordinating or contrasting the main layers of bedding. 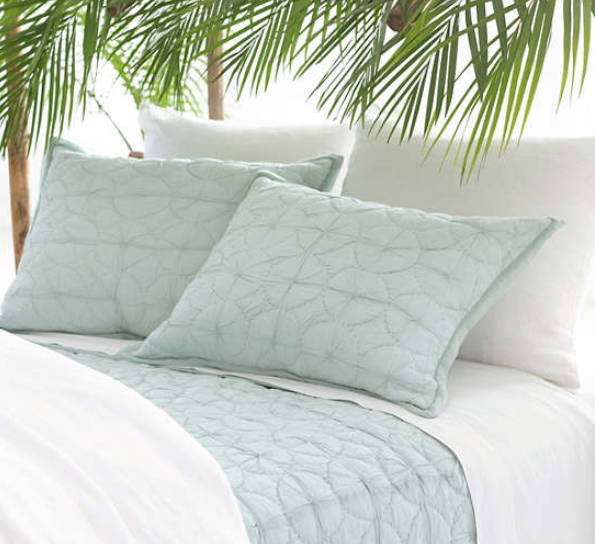 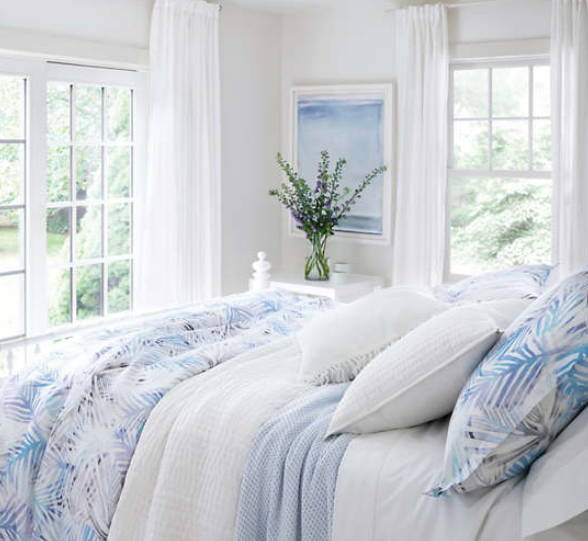 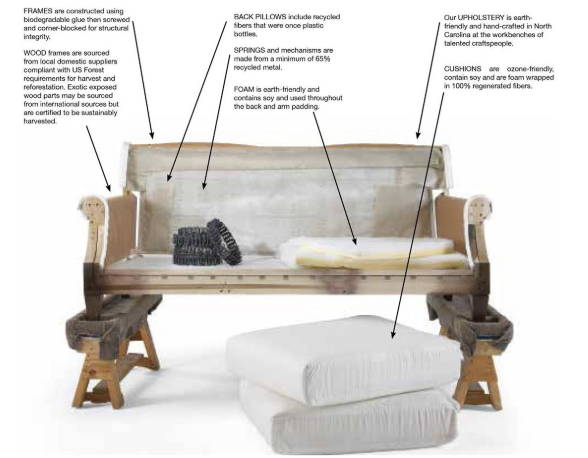 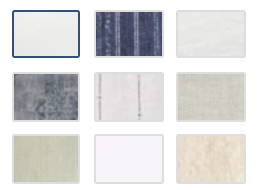 All About Slipcovered Furniture

Our clothing selection has all been sourced and selected to ensure our products are of the highest quality. 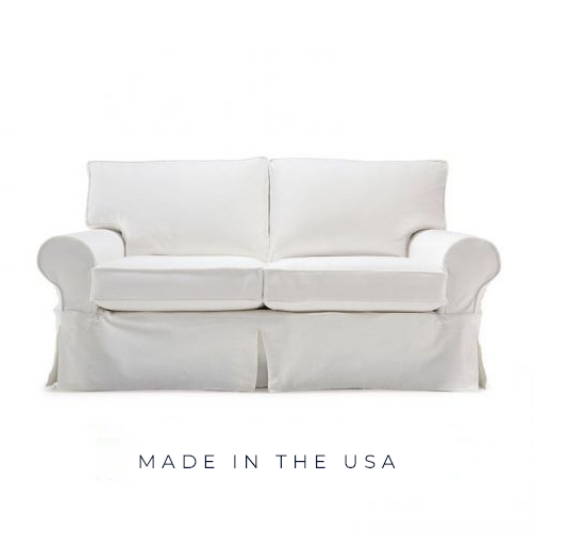 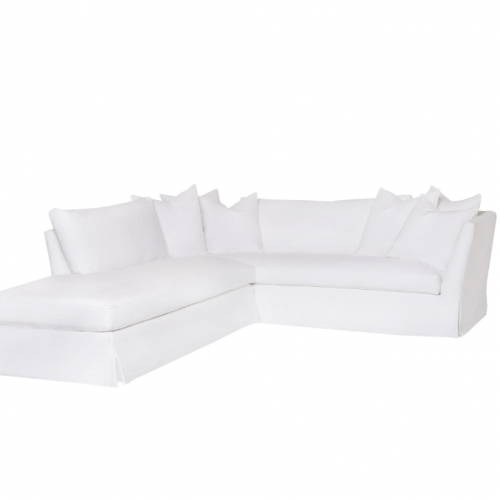 Our clothing selection has all been sourced and selected to ensure our products are of the highest quality.